Blockchain advances tech but we are all yearning to be farmers?

PANONY/PANEWS Newsletter I | The month of August as we saw it. 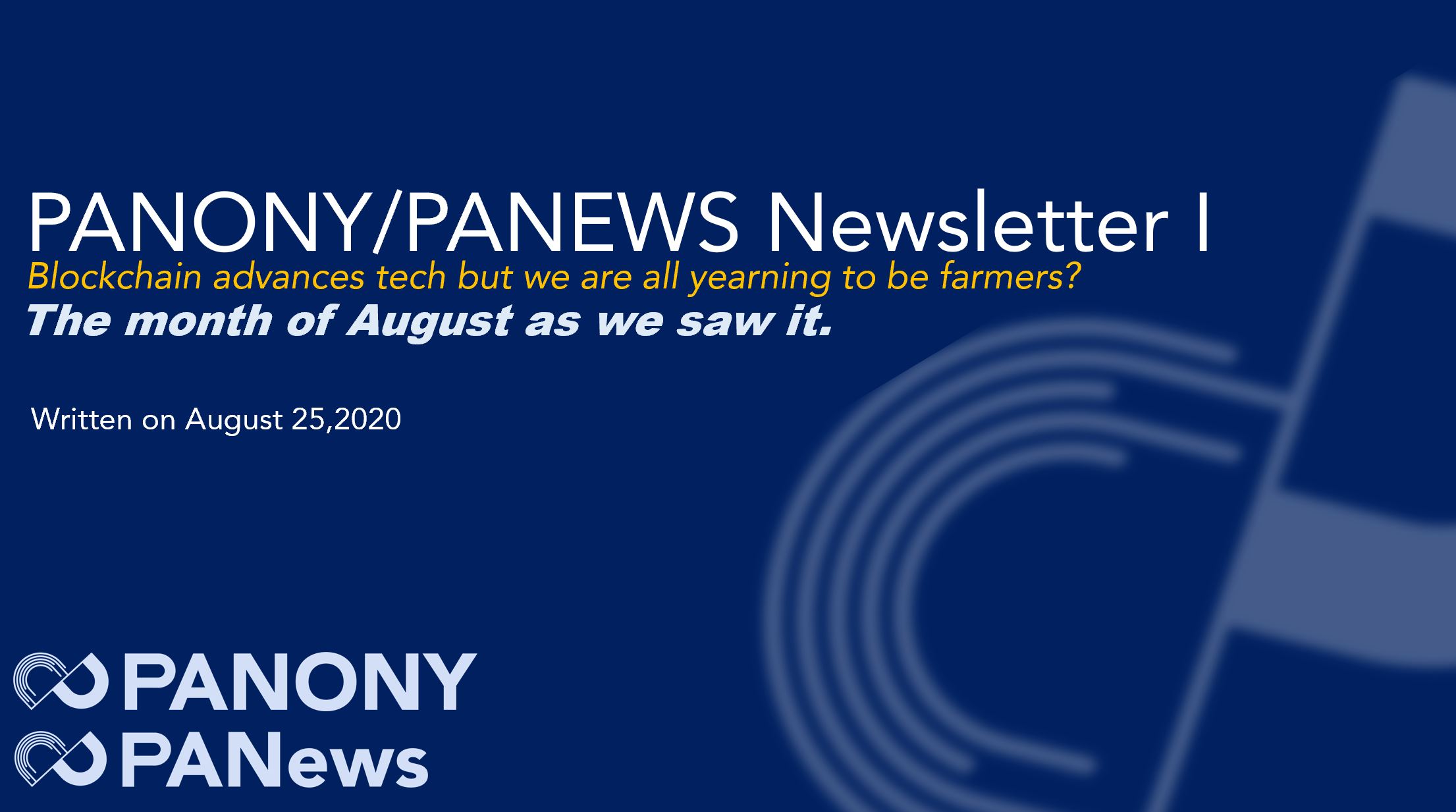 A Letter to Our Readers

As this is our first ever op-ed formatted monthly newsletter, we want to first and foremost state thank you for being a reader of PANews and a supporter of Panony. Through these monthly opinionated pieces, we hope to share not only what is going on in the world of crypto/blockchain, but also our own personal thoughts in this space that may be construed as pragmatic, and more so predicated on our own experiences in this industry.

Panony has come a long way for the past two years, building up a team of loyal experts that can harness our own mission and beliefs.  And what we have witnessed in the past two years have unequivocally altered our approach in what we do and what we want to do more of. Let’s take this year of 2020 for example. We have all been egregiously affected by the pandemic in many ways than one, simultaneously forcing us to update our lexicon in including terms such as “social distancing”, BLM, “cancel culture”, “yield farming”, etc. To us, yield farming is just another tactical asset allocation strategy brought from the bond markets to the yield markets of crypto, albeit with more liquidity. But just like with the bond markets that require a certain minimum of investment, who is actually deploying this capital to engage in yield farming? Have we been distracted from these new innovative short term profiteering dApps that probably have zero new crypto users? Are we just preaching more to the preached rather than focusing on actual blockchain adoption? In a chart published by PANews last month, using WBTC as the prime focus due to its critical involvement in the craze, we learned basically nothing new from its usage. 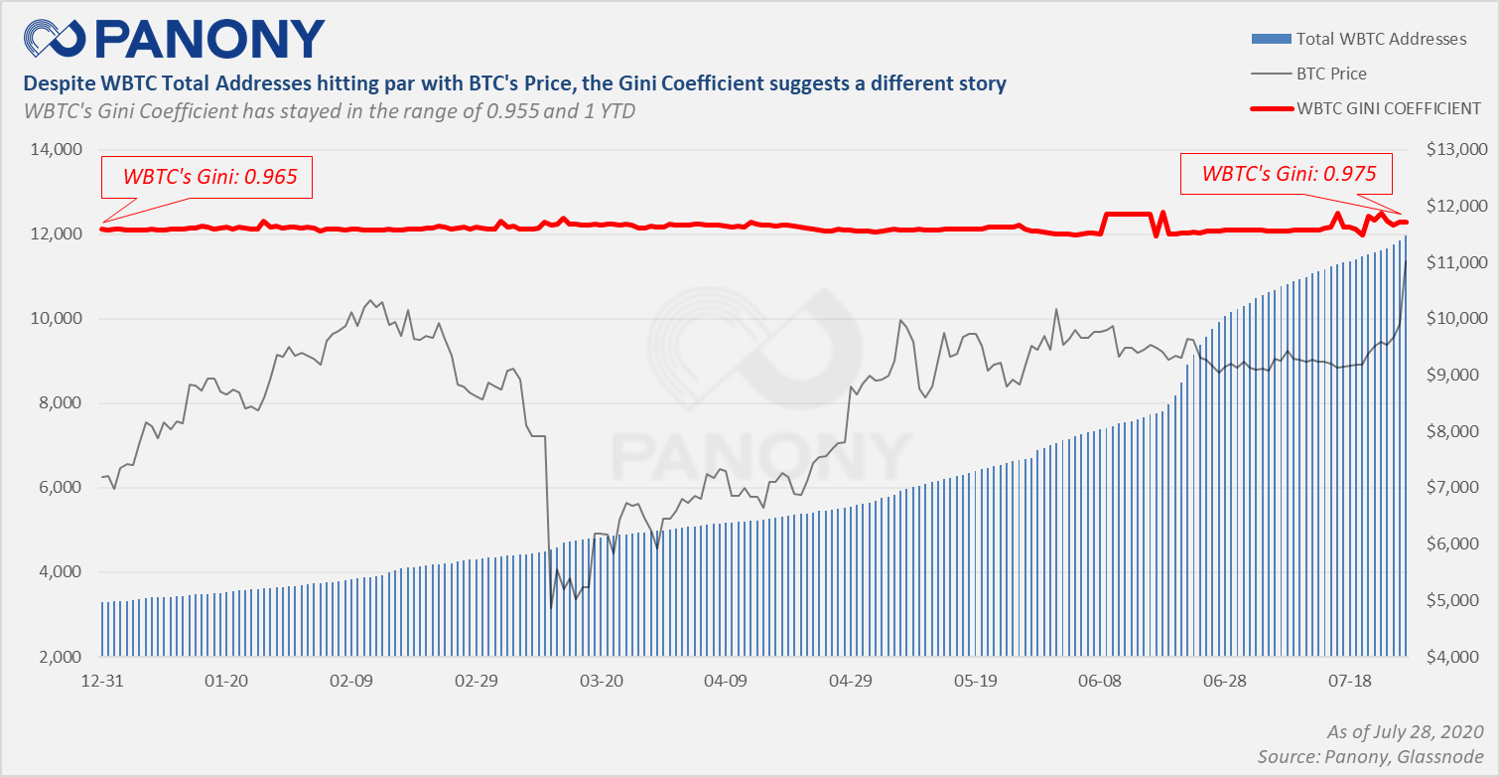 (Figure 1) WBTC and tokenized bitcoins are on the rise, but the Gini Coefficient paints a clearer line of how much adoption is actually happening.

Politics seeping into blockchain. The same old East vs West rhetoric. Good for headlines but we don’t like it.

Let’s also not forget about the elephant in the room, that is US-China relations, while we all tik tok our time on TikTok. If there is one thing that blockchain does best is that it ignores the political environment. At the end of the day, blockchain is predicated on open-source and borderless rather than laced in bigotry and ignorance. A great example of this is China’s BSN (which now has an English-language website) being fully open and interoperable with already established public blockchains such as Ethereum and Tezos. It’s not just a Chinese blockchain network. Just as how TikTok is not just a Chinese app. Before we stop ourselves from entering the fray of which country is right or wrong, the more important aspect to look at is how do we move forward the next few years. One would also postulate on whether these egregious measures to ban certain apps would incite more of a pressing need for decentralized apps. Besides the general tech limitations, there is also the network effect that has raised switching costs for users.

Mid-month reminded us that DeFi is looking a bit like the ICO bonanza that spurred up the industry back in 2017. From August 9th to the 15th, we saw people reaching far into the meme books by farming for yams, yearning for BTC price parity, and going along with the curve. Total Value Locked, or TVL for short, has been the main index for getting a sense of how much money is flowing into DeFi by measuring the dollar value amount in Ethereum DeFi smart contracts. The whole space celebrated hitting the $1 billion mark back in June, but lo and behold that amount has more than 6x, now flirting with the $7 billion mark at the time of this writing (August 24).

This skyrocketing trend has been a harbinger for what many people would find it hard to fathom: using bitcoins on Ethereum. Tokenizing bitcoins, which allows bitcoin holders to continue holding bitcoins, albeit using that base as collateral for an ERC-20 tokenized version of it, has been critical for the cross-chain applicability between protocols. Think of it as the same sense one uses their homes to finance a home equity line of credit. You still have the most important asset and at the same time essentially putting that asset to work in other realms. But there are unique implications to every trend which can be read here. 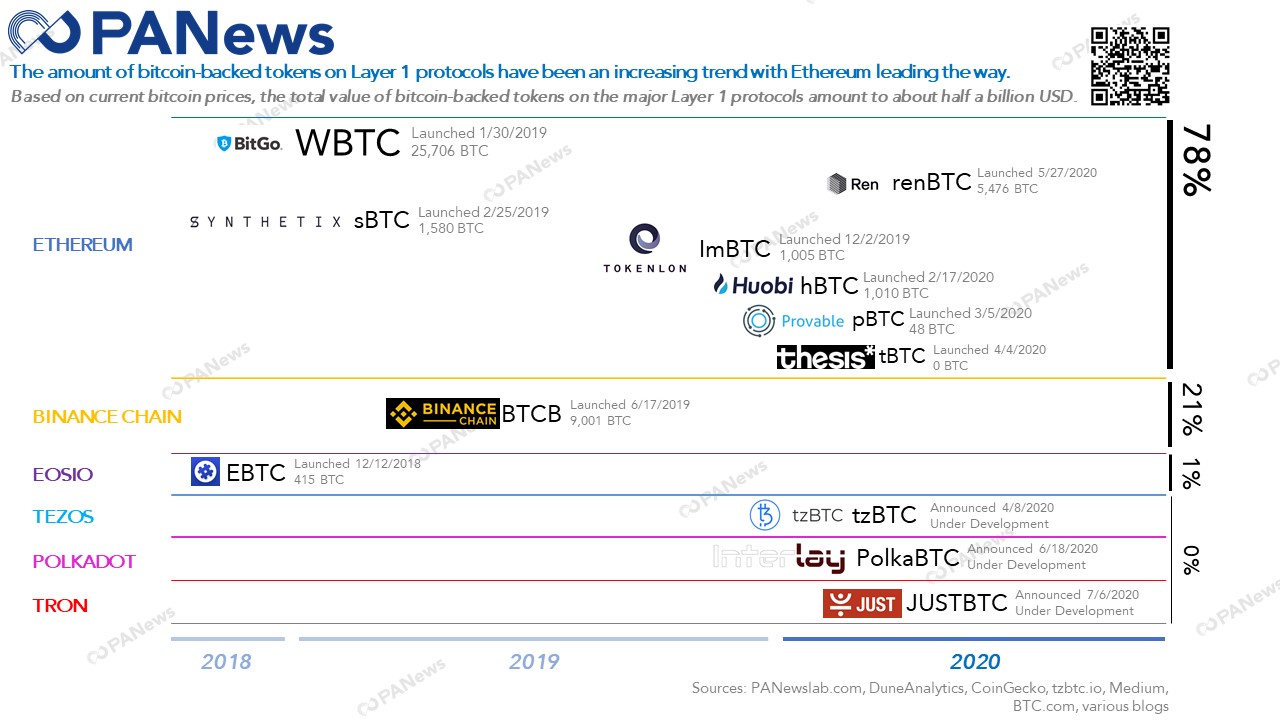 (Figure 2) A tokenized bitcoin map put together by PANews.

Although the frenzy of farming yams was another obvious reminder or the importance of having strong coded projects and security audits, it also did give us a whirlwind realization of how fast this space can move. On a side note, we could also take away the ominous side effects of such fast-moving short term profit seeking behaviors. A Medium post by Tarun Chitra and Alex Evans back in June simply put:

“We posit that many leveraged crypto products look a lot like the villains of the 2008 financial crisis.” 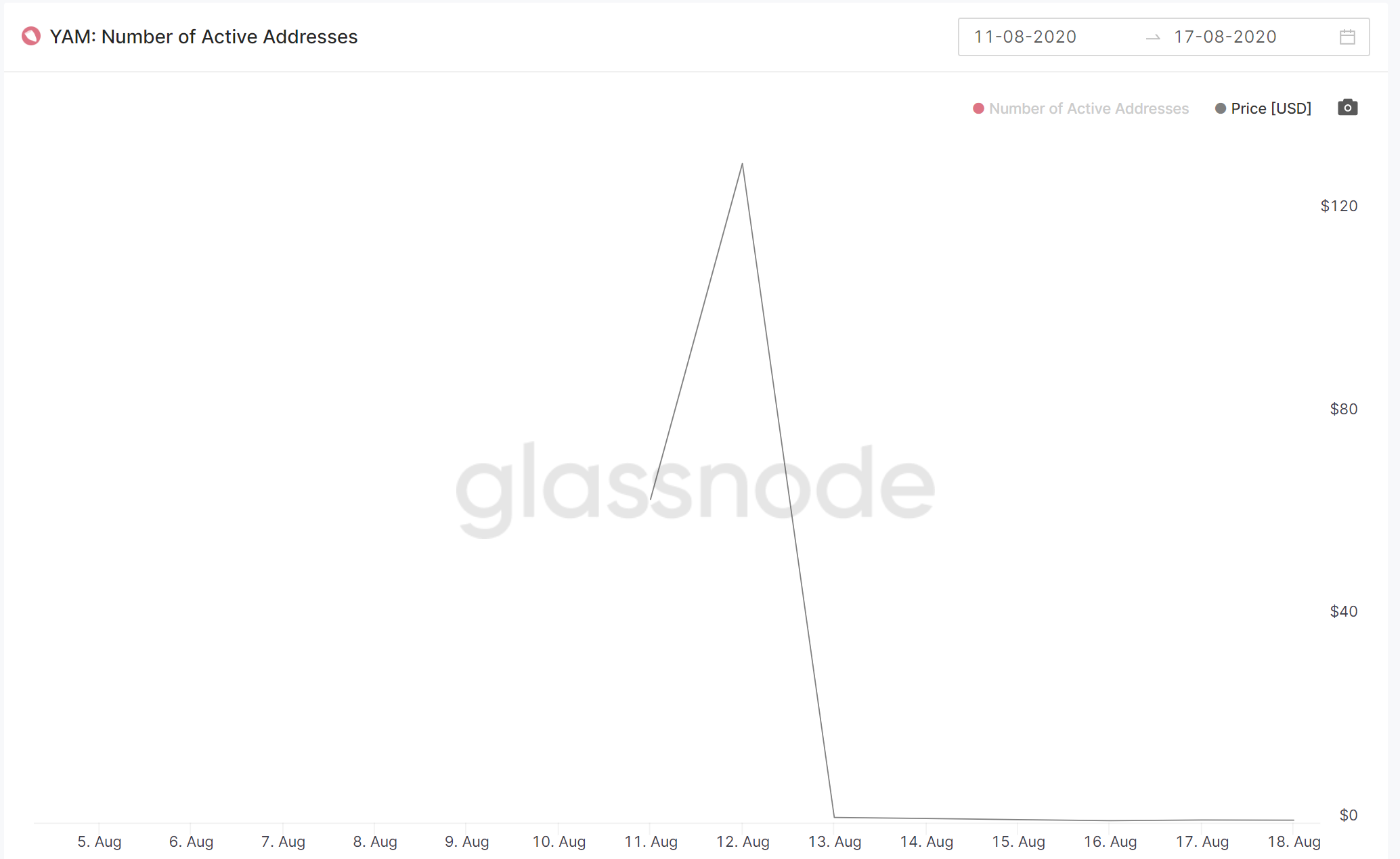 (Figure 3) A great example of the short lived frenzy of farming yams in DeFi.

The big boys in crypto

And the irony is that it was many of the large enterprises that were blamed as being the culprit for the collapse. But this time around, enterprises are the ones that haven’t touched DeFi. And they will probably continue to stray away from unless there is a moment when “Enterprise DeFi” comes around. An oxymoron to say the least. But crypto is what they can touch. As they have with bitcoin for quite awhile. Adding to this bitcoin pump is that the OCC are now allowing banks in the US in providing crypto custody services giving way for these exact enterprises to at least start HODL’ing bitcoin if they haven’t. A more recent headline was that a major Nasdaq listed company, MicroStrategy, made it public that they have placed a significant amount of there cash reserves into bitcoin, about $250 million of there reserves are now a set of UTXOs. Three years ago no publicly listed company would dare to put that much at stake, but the tides have turned this year as economic and dollar instability has led our thinking into a new form of digital awareness. But the money keeps flowing in. 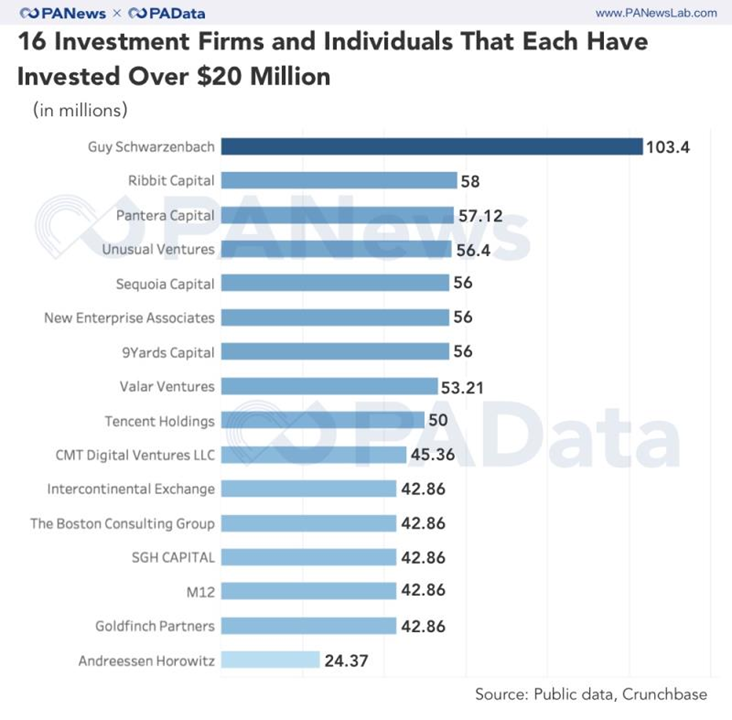 The month of August gave a lot to the crypto world. And we tried our best to give you a taste of what we saw was the most pertinent and at the same time, sanguine. There’s a lot that can be misconstrued to the downside (ahemm DeFi being the ICO of 2020), but in a trivial piece of news that takes on a light hearted note, was the meetup between the Winklevoss twins and outspoken online sports celebrity, Dave Portnoy. After losing $25,000 due to the drop in $LINK and $OXT, Portnoy seemed to have call it quits temporarily from the crypto sphere. Well why is this news? In our views, this is somewhat emblematic of the “earliness” of this esoteric technological revolution we are still in. We unfortunately still rely on the lure of capturing 100x gains in a way to pique the apathy of non-bitcoiners. But by no means are we condoning this type of lobbying, but it’s more so epitomizing the immaturity of this industry still.

Why we are here

We here at PANONY and PANews are striving to bring clarity of this technological revolution to outsiders of this space. Although there are many things that can seem difficult to envisage and explain, as in the same way why the S&P 500 is hitting all time highs despite the blatantly obvious struggling economy, this has positioned us in a great opportunity of providing what we see from being on the inside after 2 strenuous years of building up our arsenal of a team.

Trading bitcoins isn’t for everyone, nor is it bad to trade bitcoins. But there’s more to bitcoin than what we see through traditional media outlets. You see, if you look back in history, there have been times where it's been illegal to own gold during wartime since gold was basically the only international currency and nobody trusted government currencies. And the governments wanted the gold for themselves. Executive Order 6102 is probably the most recent example of this. But can this happen to bitcoin? That’s the question we want to leave with you.

SUGGESTED ARTICLES TO READ AS CHOSEN BY OUR STAFF:

What happens if we continue tokenizing bitcoins?

Recent trends of bitcoin-backed tokens (colloquially wrapping bitcoins) have enabled more users to have the best of both worlds with Bitcoin and Ethereum.

Will XAUT Become the Next USDT As It Rapidly Grows Amid Global Economic Crisis?

“Given the widespread acceptance of stablecoins as a viable proxy for the world's reserve currency, there seems to be little stopping the acceptance of the dollar-linked stable coin. It should be a matter of time before Tether surpasses Ethereum”

There's more to DeFi than just the frenzy of Ethereum. Other public blockchains are in the midst of building out there own DeFi ecosystem. 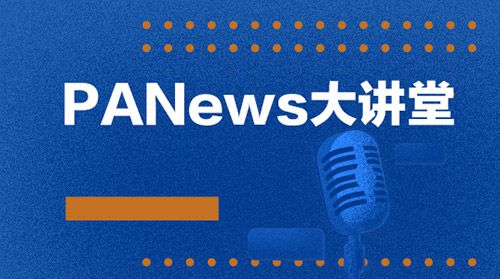 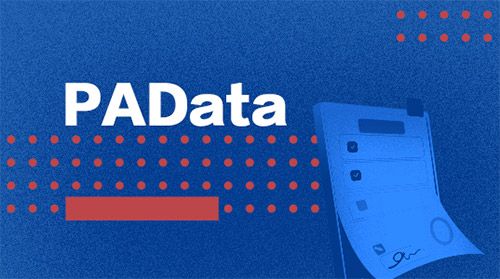 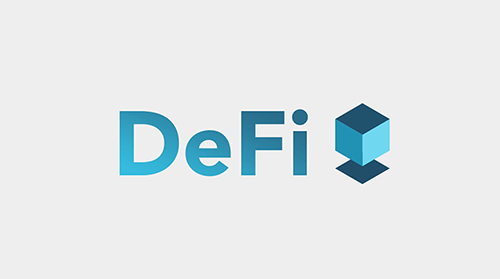