A different interpretation to the OCC's stablecoin interpretive letter

Eric
Follow
What are the implications of the OCC's friendliness towards stablecoin issuers?

In a recent letter disseminated a few days ago, the OCC has announced fresh guidance on stablecoins. From here on out, the OCC will now allow US Banks to provide banking services to stablecoin issuers. As if they weren’t already but more on that later. The letter, which was drafted by Jonathan V. Gould, Senior Deputy Comptroller and Chief Counsel, lays out the interpretation of how national banks and Federal Savings Associations (FSAs) should position themselves. Below are the main points from the 6-pager letter which can also be accessed here.

o   Banks must conduct their own internal due diligence and comply with applicable federal securities laws and other regulations such as the Bank Secrecy Act, AML, and section 326 of the USA Patriot Act

In essence what this interpretation is stating is that stablecoins issuers must be clean and have enough in actual dollar reserves backing up each dollar stablecoin. Something that has been questioned before in many instances but the times have changed and many stablecoin issuers have also leveled up their internal reporting and transparency standards. Below is a snapshot of some of the top US Dollar backed stablecoins along with their corresponding circulation supply. 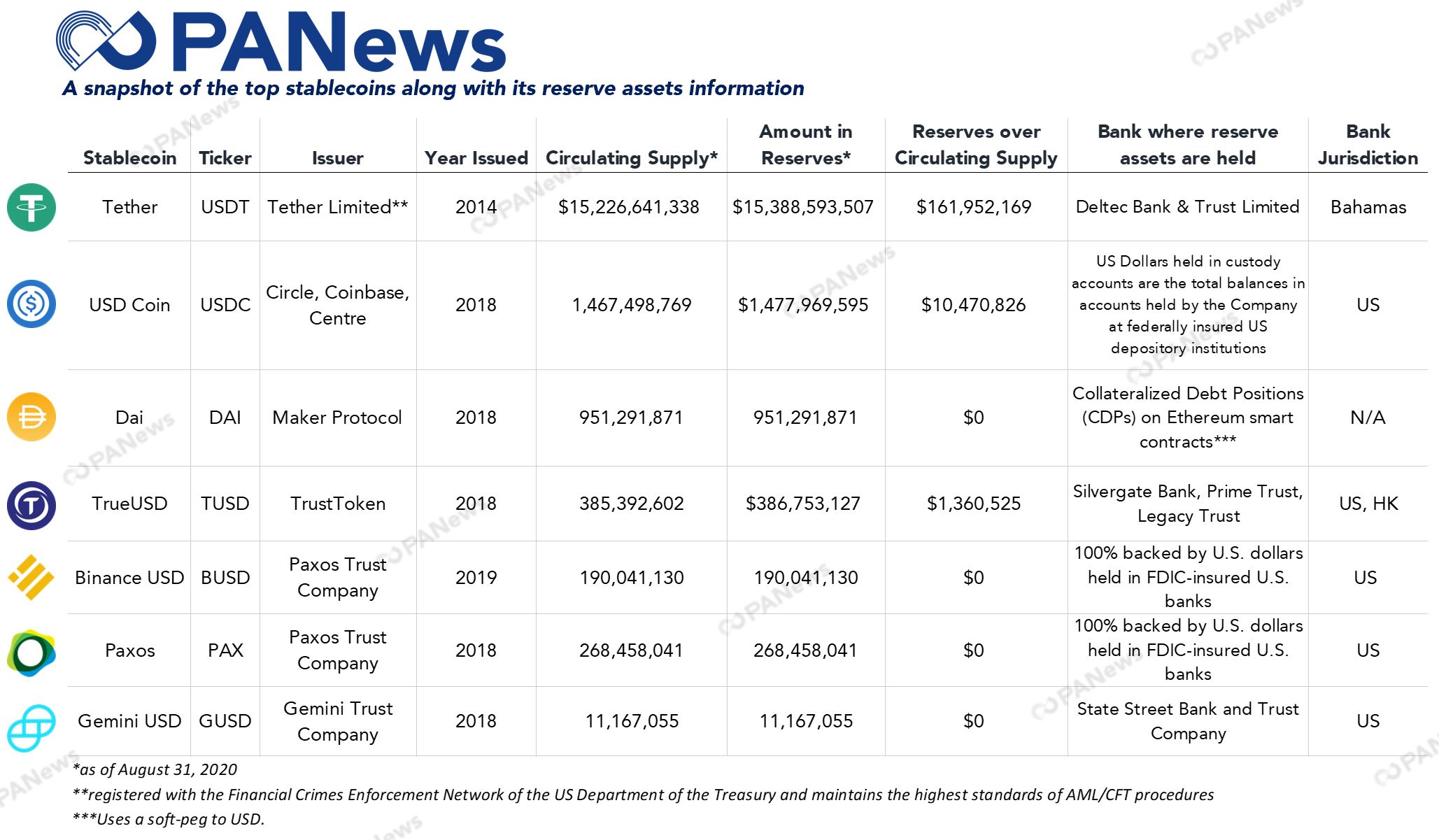 (Figure 1) A snapshot of the top stablecoins along with its reserve and circulating supply and where they attest there reserves are located.

By in no means do I want to make a political stand or opine on a subjective bias that may be construed critical, but it is important to look at this topic from different vantage points. There are two ways to look at this interpretative letter which I will list below then go more into detail about them:

The first point is that for face value, it’s great for awareness, regulatory friendliness, and the whole narrative of crypto mass adoption. Any more elaboration on this would just be redundant.

On the second point, one could also say it’s a political and economics ploy to grab hold of whatever they have of US Dollar hegemony. At the end of the day, it’s all about control and power. The click bait headline “fall of the US dollar hegemony” has been sweeping the financial media (including crypto media) rounds over the past few months in reflex response to the trillions of dollars printed. For those who have positioned the stance that USDT or any of these stablecoins is the ultimate contender to the US Dollar are a bit faulty in their arguments and can be construed as a misleading thesis. These points have been taken into consideration but if anything, stablecoins are probably complementing the US dollar.

How exactly is the USDT bringing down the dominance of the US dollar when it’s backed by those same US dollars? Most top stablecoins are US dollar backed stablecoins, with their US dollar reserves parked in US financial institutions. Don’t forget, it’s called USDT, it’s called USDC, it’s called BUSD, etc. For Pete’s sake the names itself are promoting the US dollar rather than the other way around. As shown in the graphic above, regardless of the fact that now the SEC is playing buddies with stablecoin issuers is trivial, most of the stablecoin issuers have already parked their US dollars in multiple US banks. In line with the point made above, it’s a way for US financial watchdogs to have more control of the payments system.

What’s interesting is the timely nature of this release by the OCC. Why now are they giving US banks the liberty in servicing stablecoin providers? Have they succumbed to the whole crypto narrative of “when adoption”? Was it the workings of Brian Brooks, Coinbase’s former Chief Legal Officer, now currently acting comptroller of the OCC? Not sure if I want to trust the guy who states that he recognizes the centralized faults in our financial systems but at the same time rubs elbows with the SEC and does round trips in discussions about which crypto assets Coinbase will be listing next. Seems like an oxymoron.

(Figure 2) The growth of stablecoins have been on a tear the past few months with USDC leading the way. The chart on the left shows the % of stablecoins ex-USDT in value has risen from around 21% in August to a current level of 31%. A huge contributor to this is show in the chart on the right with USDC issuing $1.7 billion more in its circulating supply.

To avoid insinuating any maligned opinions, he actually has been a breath of fresh air to the antiquated financial system. Just recently before this, Brian has been a huge proponent of restricting the way the OCC gives out banking charter licenses. Specifically, he has pushed for these licenses to be given out to non-depository financial institutions, meaning that tech payment companies such as Paypal could hold a national banking charter. And actually the first banking license of this nature was granted to a fintech called Varo Money. Then in August, Brian was a crucial part of the announcement by the OCC to allow US banks to hold and custody crypto assets. But for what reason on could ask? Control? Like with anything, there are two sides to every coin.

“If you went back 10 years, the OCC regulated about 100 percent of payments,” he said. “And then because of a bunch of technology innovations, some of that work that used to be done in banks started leaking outside the system…I can supervise the payments activities of JPMorgan, but I can’t supervise the payments activity of Square,” he added. “That seems really weird to me.”

Would the same proponents, adopters, and users of stablecoins side with the statement made above? Or is the inevitability of regulation in this industry already here? On June 16 of this year, it was confirmed by Centre (one of the 3 in the USDC consortium) that an Ethereum address holding 100,000 USDC stablecoins has been blacklisted in response to a request from law enforcement. It wouldn’t be surprising if we see a resurgence in interest in privacy coins such as Monero or Dash despite their delisting exodus over the past year.

To pivot back to the topic of US dollar hegemony, stablecoins probably aren’t anytime soon going to be the tipping point of pulling down US dollar dominance. Make no mistake, PANews is not trying to play sides here with which currency will become the de facto currency of the world, but it is very hard to put up that argument when the billions of dollars in volume of stablecoin transactions are only a fraction of the trillions of US dollars that are circulated everyday. Without getting too in depth with economic theory, there are other macroeconomic and political levers that are non-crypto related that have the real force in deciding this thesis.

(Figure 3) Source: Bank for International Settlements. The US dollar plays a huge role in the international markets commanding an over 80% market share of FX transactional volume. Stablecoins alone will not be the harbinger of the US dollar’s demise.

“Uncertainty is the driving factor behind recent fluctuations in Gold prices and U.S. Dollar valuations, but forgone domestic consumption, savings, resulting in a net external investment position would be a better indicator of long-term currency valuations than current economic assumptions. Regardless of the dollar’s current value, the U.S. would only lose its reserve status by allowing its institutions to impose stringent restrictions on international dollar denominated securities market” – Rogan Quinn

Better yet, stablecoins issued by private entities aren’t a threat to US dollar hegemony, but more so controlled central bank digital currencies are. 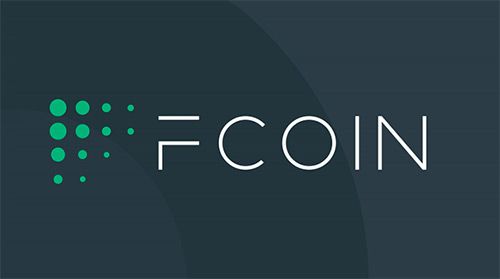 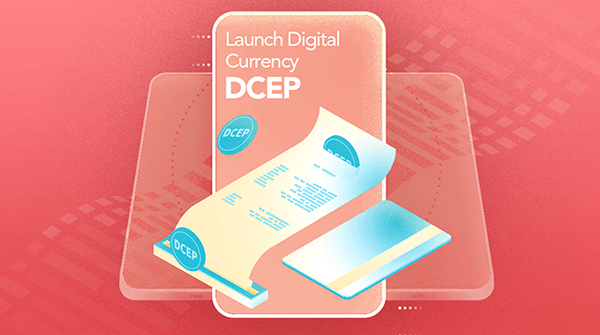 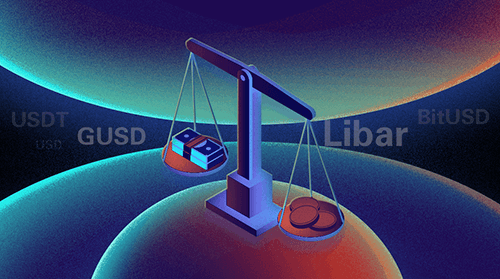